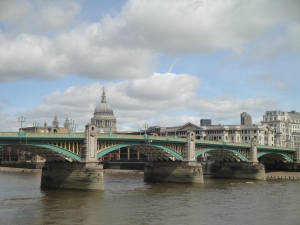 I’ve been to London once before but did not get to do much besides a West End show and trip to Stonehenge. Since Paris is a quick 2.5 train ride from London, I decided to take advantage of the proximity and spend a long weekend exploring this fabulous city. It should be noted that although the process of getting to London is not hard, the price of a trip there might be too much for you to handle. Transportation, hotels, food, and tourist attractions are all extremely pricey even by British pound standards-which make for a real shock against the American dollar. In an effort to save what little money I could, I booked a cheap (not fantastic) hotel far from the city center that included daily English breakfast. I also purchased the London Pass, a great savings for tourists who plan to see A LOT of sights, which is exactly what I was planning. I’ll discuss some of my tourist sights and experiences in a later post and for now just enlighten you to some of the fun travel experiences London provides!

Depending on how you arrive to the UK you might not have this option, but I would strongly suggest taking a train through the Chunnel (tunnel under the English Channel). If you are flying from America, this is obviously not an option. But if you are starting your journey on the European continent or ending it there, you must take advantage of this! Plus, the first time I made a trip from London to Paris was by bus-ferry-bus and I can assure you that this is NOT the best route. The bus ride from London to Dover is long, the ferry is long and extremely rocky and the bus ride from Calais to Paris is unbearable. In fact, I would probably rather use any mode of transportation over the English Channel other than a ferry. I might rather swim the channel than boat it again.

I won’t get into an entire discussion about the policies and procedures of the European Union right now (partly because I do not understand them much myself) but despite being a member of the EU, the United Kingdom has opted out of the Schengen Agreement, which eliminates border checks between member nations. Therefore, you will have to go through passport control upon entering or exiting between mainland Europe and the UK. I was actually very disturbed on my first trip to Europe to learn that my passport would not get a new stamp for every nation. What?! I’m trying to fill up pages here, come on! Traveling between France, Italy, Germany, Spain, etc. is virtually like crossing over from state to state in the US.

When I entered Passport control in the Paris Gare du Nord train station, I was really excited to finally be in a location where it is acceptable to speak English and only English to folks. Unfortunately, my French is atrocious and I am not making any strides to get better but I at least usually throw out a bonjour and merci. The gentleman helping me to the correct line saw my passport and Customs card listing my hometown. He says to me “Ohio?! nooo, Go Blue!” To which I reply, no way sir but I’m guessing you are from Michigan. Indeed, originally from Ann Arbor that one. He says “How much do you hate sports?” and he was surprised when my answer was actually that I love sports and am a big Buckeyes fan. He then asked for my number as I was walking away…oh the men in France, even when they aren’t native, they just can’t help themselves! Don’t worry, I’ll write a post about their interesting behaviors some day. 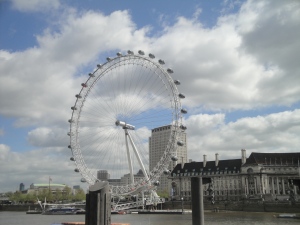 Once finally aboard the train, I was so excited for this Chunnel journey that every tunnel we went through, I was looking at my watch and asking “Is this the one?!” It was like riding Splash Mountain all over again at 8 years old and (after having been lied to by my parents that there was only one big hill) asking after each hill “Is this the one?!” Except this time was in excitement while the first was pure terror. The journey through France is much longer than England so you will have to wait a while for the tunnel if coming from Paris. It was pretty obvious when we finally got close to the tunnel. There are fences on both sides of the tracks for a good while in an attempt to keep trespassers out. A sign announces the beginning of what is officially called the Euro Tunnel but when traveling in a high speed train, it is impossible to get out a camera in time for that! I looked at my watch to time our progress. I took the 20 minutes as an opportunity to move about the train towards the dining/services car so I could buy my Underground Oyster Card for London while the train was relatively calm. The train is usually not too bumpy or swaying, but obviously wind, turns, and other variables affect this. While in the tunnel, none of these are present so the ride is very smooth.

The first proposal for a tunnel under the English Channel was in 1802, which was to include oil lamps, horse-drawn carriages, and a island midway through to change horses. Over the years many more projects were proposed but the actual task was not begun until 1988 and not completed until 1994. If you are as excited and nerded out by the chunnel as me, you will appreciate these random facts from the Eurostar magazine. The deepest point below sea level that the tunnel reaches is 195 meters. The length of each tunnel is 50.45 kilometers. There are two train tunnels and a service tunnel. Knowing that it takes 20 minutes to go through, we can deduce that the average speed is somewhere around 150 km/hr while in the tunnel, about 93 mph, much slower than the average speed for the entire trip. Check out more info here. 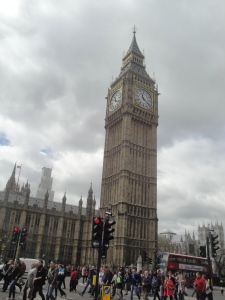 Another transportation system that London does right is their Underground. Called the Tube by locals, this series of underground trains and stations is the best that I have experienced. Although I do not claim to know much about metro services around the world, my limited experience allows me to proclaim London as the Cadillac of subway systems. And they ought to provide a Cadillac experience for the amount of money that they charge. A single journey ticket will cost you a staggering £4.50, almost $7! If you plan to travel by Tube throughout London for any period of time, it is beneficial to purchase the Oyster card. Not only is this for convenience sake, but also to save money. Each trip on an Oyster card is much cheaper than the equivalent paid in cash. And you simply swipe your card in front of the reader upon entry and exit from the stations.

So what is so fabulous about the London Underground? First of all, they are celebrating their 150th year in 2013 and many of the stations and trains look like they were just inaugurated yesterday. In comparison with Paris and other European cities (I haven’t experienced subways on any other continent yet) the stations and train “carriages” are extremely clean. They actually provide workers to assist with questions or problems. There is a variety of metro lines connecting all parts of London and surrounding boroughs. Available maps and clear signage make it virtually impossible to get on the wrong train. Outside of each door or hall to your train is a map with the corresponding stations clearly labeled, something that Paris is starting to implement in some high traffic stations. London does it everywhere.  Scrolling screens tell you the wait time for upcoming trains. Once on the train, there is a plethora of commentating constantly telling you what the next station is, where the train is terminating, warning you to mind the gap, and offering updates on various line and station closures throughout the network. If I didn’t understand English, I would actually be very annoyed with all the announcements.

With all my gushing about the Tube, it might be hard to imagine that I have some negative things to say. There are two sides to every coin. The closest two Underground stations to my hotel just happened to be closed for maintenance and repairs this past weekend, fabulous. They did offer replacement bus services free of charge to take you to the next nearest station, but it was still a hassle and waste of precious time. Also, Underground stations are extremely hard to find. I don’t mean that there aren’t enough, far from it. What I mean is that you literally cannot see them when you are looking for them. In Paris, large Metro signs announce various staircase openings in the middle of crowded sidewalks that lead to underground stations. This works very well to clearly label where you are to go. In London, most stations are actually partly above ground with an opening on the side of a random building. I remember my first trip to London and I walked around the same intersection for at least 15-20 minutes trying to find the closest Underground entrance before just giving up and hoofing it. It’s unnatural to look up towards sides of buildings when you are getting ready to go beneath the surface. Again, this time around, I experienced a few moments of utter loss where I could not determine where a station was located. 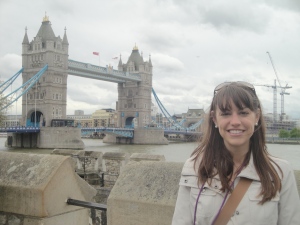 I’m no Frommer’s or Rick Steves, so take all of my advice with a grain of salt. Traveling to and from London can be a lot of fun especially if you take the train. Live like locals and tighten your budget by using the fabulous Underground system. You will always have delays and hiccups on your various travels but it’s fun to maneuver around them and learn in the process. If there is one concrete piece of advice that everyone who visits London must adhere to it is this: always look right when crossing the road! (Don’t worry, they painted it on the pavement of every crosswalk to remind you.)